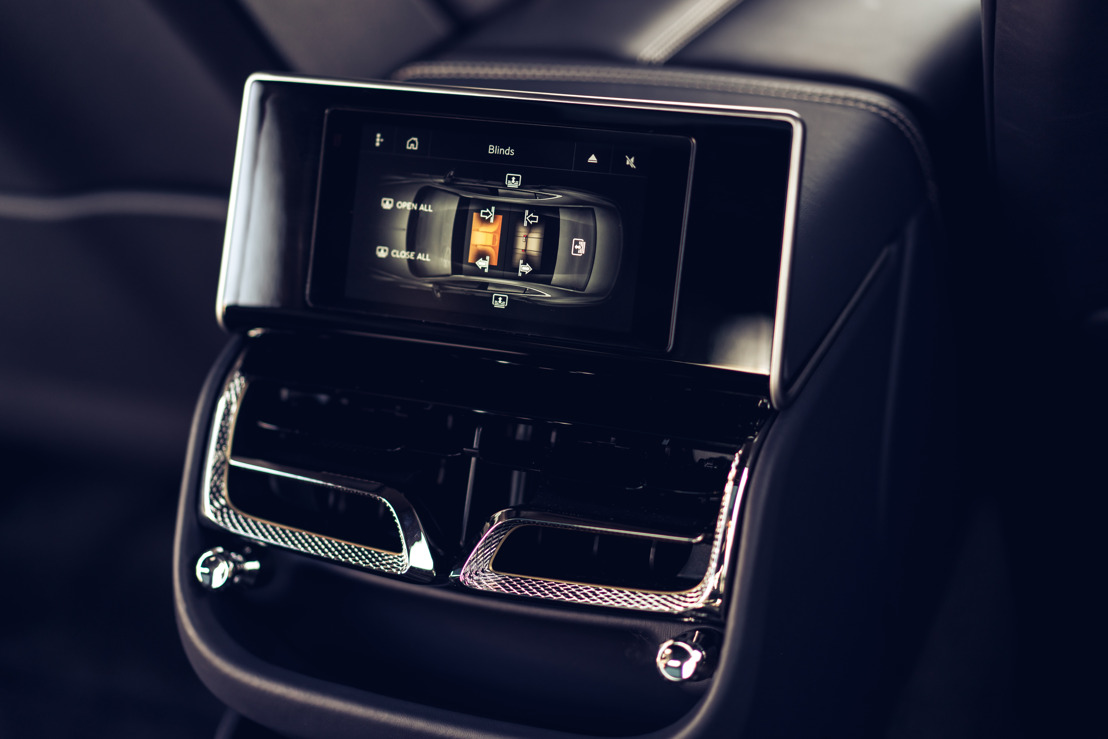 Encapsulating the remarkable attention to detail and use of latest generation technology that defines the user experience of the Flying Spur’s handcrafted cabin, the Touch Screen Remote (TSR) is as intuitive as it is beautiful, finished in polished metal embellished with diamond knurling.

At the touch of a button, the Remote deploys itself from atop the rear centre console, held in place by integrated magnets, ready to be utilised by the rear seat passengers.

The handheld Remote is a powerful computing device in its own right, with performance driven by a four-core processor and 1GB of onboard RAM. A pin-sharp 1280 x 720 pixel display forms the interface, and an integrated array of cutting-edge sensors including a three-axis accelerometer and a proximity sensor combine with haptic feedback to make the TSR easy and intuitive to use. A 3200mAh Lithium-Polymer battery guarantees continual operation for even the longest journeys without regular requirement for recharging.

From the class-leading comfort of their seat, passengers are able to configure their 14-way adjustable backrest and cushion, control six-setting seat heating and ventilation, five massage functions and armrest heating from a single screen, ensuring an exceptional level of personalised comfort.

Cabin lighting can be controlled either by day or by night. The TSR controls the Flying Spur’s glass-to-glass panoramic sunroof and windows to allow natural light to flood into the environment if passengers so wish. Alternatively, for a more subdued setting and for greater privacy, the Panoramic Sunshade and Rear Window Blinds are just a touch away. With optional Mood Lighting, rear seat occupants can tailor the ambient colour and intensity to their personal choice, whilst storing preferred setting as favourites.

The 2,200W and 18 speakers of the optional Naim for Bentley audio system are also at the fingertip control of the rear occupants via the TSR, alongside the Flying Spur’s full multimedia arsenal, all of which is conveyed to the user by a contemporary and intuitive graphical interface.

Rear seat passengers can access a variety of driver information via the TSR, traditionally only accessible to those in the driver’s seat. Current speed, journey information, outside temperature alongside a complete navigation interface allows the passenger to stay connected with their journey in the palm of their hand.

As a final feature, the Flying Spur’s Flying B mascot that adorns the bonnet can be retracted or deployed via the Touch Screen Remote, allowing the user to modify the front face of their car on demand.