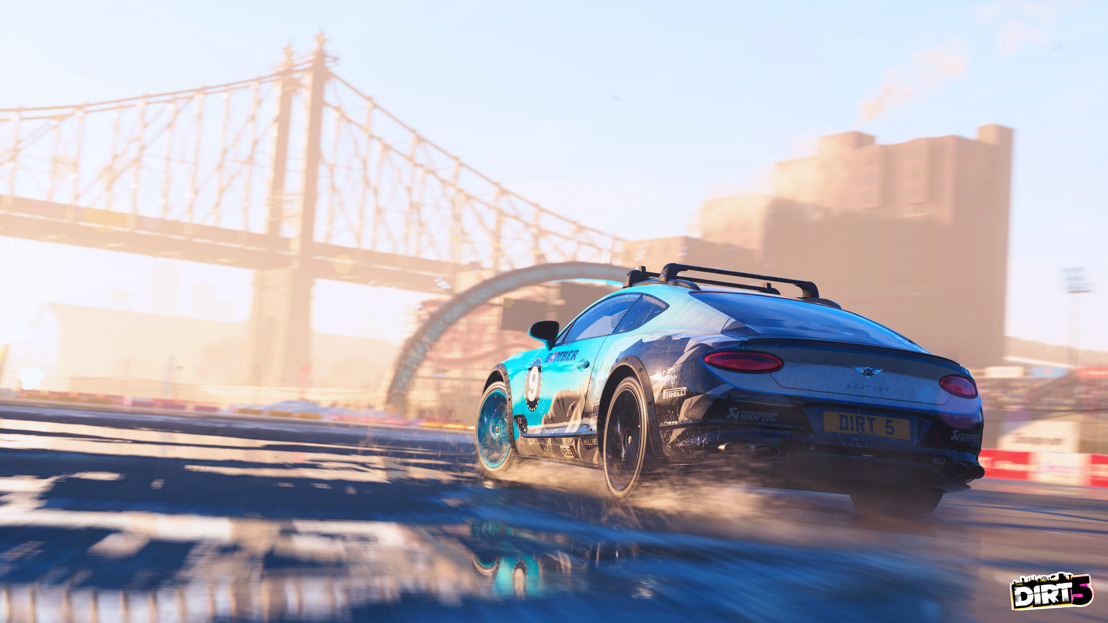 Bentley’s Continental GT Ice Race car joins the new DIRT 5™ Super Size Content Drop on July 20, allowing players to experience the thrill of the ice race, sporting bespoke Bentley liveries, from the comfort of their own home. DIRT 5™ is the award-winning off-road racing game from Codemasters® known for spectacular scenery and exhilarating circuits, playgrounds and stadiums. The amplified, off-road racing experience will now offer a Bentley off-road grand tourer, ready to take on all terrain and all challengers.

The cover star of the DIRT 5™ game update is the Bentley Continental GT Ice Racer. However, don’t be fooled by the name and inspiration behind the virtual car, while this Ice Racer will indeed be right at home on sub-zero surfaces at New York, Norway and Nepal this 626 bhp racecar will tear up all surfaces in DIRT 5™ on its 22-inch rims; a perfect blend of luxurious design and extreme performance. Available in three liveries as part of this DLC pack:

The Bentley Ice Race Continental GT was specially prepared for the 2020 GP Ice Race in Zell am See, and reflected Bentley’s heritage of high performance on ice throughout recent decades. The livery of the car pays homage to its record-breaking compatriot from the Pikes Peak International Hill Climb in 2019.

Chris Senn, Engineer at Bentley Motorsport, commented: “I cannot wait to get my hands on the Dirt 5™ Super Size content pack and experience the thrill of drifting the Continental GT Ice Racer in all the different environments.”

The Bentley Continental GT Ice Racer will feature as part of the Super Size Content Pack, dropping tomorrow, as the third paid content pack for DIRT 5™ launching on 20 July 2021. Year 1 and Amplified Edition players will gain access to the car as part of their entitlement, or players with the Standard Edition can purchase the pack on its own to add the car to their collection.

DIRT 5™’s new Super Size Content pack will feature a line-up of three additional iconic modern race cars, with the Bentley Continental GT Ice Racer being one of the most imposing vehicles on the game’s roster. 27 new bespoke Career events, new circuits and various Playgrounds as well as new Achievements and Trophies will also be available. The Super Size Career chapter adds 27 tailored events, each centered around these incredible machines. Two new Careeer sponsors have also been introduced, Toblerone and Power Maxed, each with their own unique rewards earned by completing objectives.

Bentley Motors
Bentley Motors is the most sought after luxury car brand in the world. The company’s headquarters in Crewe is home to all of its operations including design, R&D, engineering and production of the company’s three model lines, Bentayga, Continental and Flying Spur. The combination of fine craftsmanship, using skills that have been handed down through generations, alongside engineering expertise and cutting-edge technology is unique to UK luxury car brands such as Bentley. It is also an example of high-value British manufacturing at its best. Bentley employs around 4,000 people at Crewe.