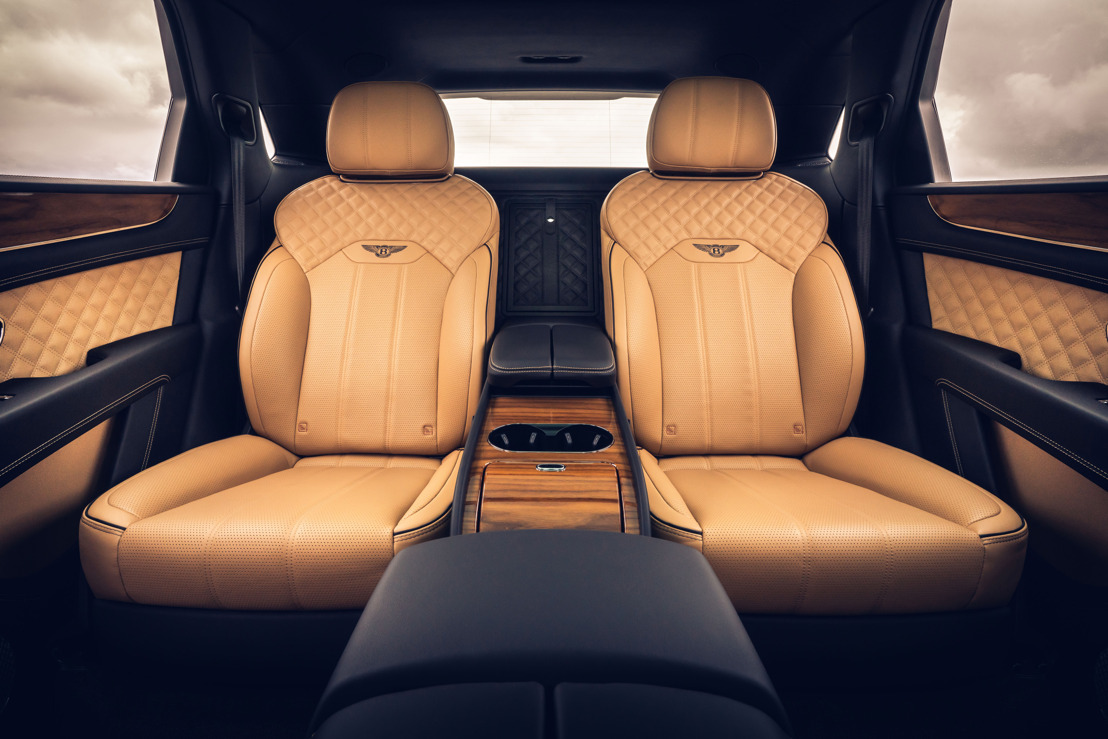 The new Bentayga has the greatest breadth of ability of any car on the road, and with the Four Seat Comfort Specification, the Bentayga’s abilities as the limousine of SUVs comes to the fore. With the four-seat version of the car now available from launch along with both a five-seat configuration and the option of a full seven-seat interior, the interior of the new Bentayga is configurable to the demands of any family.

Building on the success of the previous generation where one in every five cars (4,000 vehicles) was specified with the four-seat configuration, rear legroom has been improved to enhance the chauffeur-driven experience through careful design and relocation of the backboard separating the cabin from the boot area. The maximum recline of the rear seats has been increased from 32° to 40°, and the fore and aft travel has been increased by 35mm. This combination delivers a 100mm improvement in knee room in the reclined position, helping to make luxury travel even more comfortable.

All the seats in the new Bentayga have been completely redesigned and now have a more sculptured shape, particularly around the shoulder area, to provide an even greater level of comfort that further improves on the industry-recognised benchmark for seat comfort.

To access the additional seat functionality, rear seat passengers benefit from a technology upgrade for the new Bentayga with the new, larger Touch Screen Remote control tablet, similar to that introduced in the all-new Flying Spur. The five-inch display uses more contemporary graphics and has extra processing power through an onboard quad-core processor and 1 GB of RAM. The unit can control a range of functions, from rear seat heating and massage, to the media system and navigation, to mood lighting, and electric windows and sunroof blind.