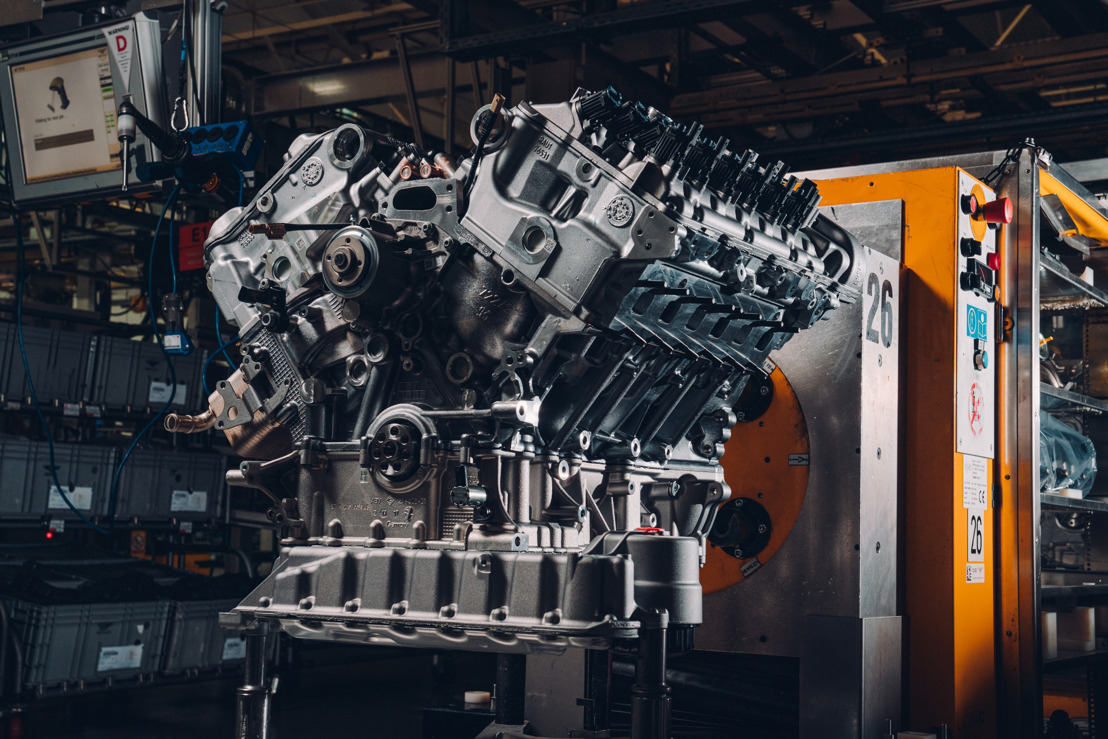 Producing 659 PS (650 bhp) and 900 Nm (667 lb.ft) of torque, the engine for the first customer Bentley Mulliner Bacalar has now completed assembly and production testing at Bentley’s centre of excellence for W12 engines.

The Bacalar spearheads a return to coachbuilding by Bentley Mulliner and features an enhanced version of Bentley’s peerless 6.0-litre, W12 TSI engine, the most advanced 12-cylinder engine in the world.

This has been realised through evolution and optimisation of the crankcase, improvements in the oil and cooling systems, twin-scroll turbocharging technology and more effective injection and combustion processes.

Each W12 engine is hand-built over 6.5 hours by a team of 45 craftspeople before undertaking a highly sophisticated test regime of over an hour via three specialist diagnostic machines during the engines assemble.

The testing not only provides feedback on the quality of each engine but also provides multiple checkpoints to catalogue the exact behaviour of each engine from the moment of manufacture.

The three tests that the Bacalar engine has already been put through are part of Bentley’s exceptional quality control processes.

The first test is for leakage and can be undertaken after the engine has been assembled to the point that fuel, water and oil systems can be closed – a production stage known as a “short engine”.

The leakage test is conducted by pressurising each of the systems, for fuel, oil and water individually. The different cavities are pressurised to values between 0.2 – 5.0 bar respectively and then measured whilst the pressure decays over time. The reduction in pressure versus time represents the quality of the sealing of the engine assembly. If the pressure drops faster than expected, a leak is indicated. A fluid is sprayed on to the exterior of the engine to pin-point any leakage paths.

The second and most advanced test is Cold Test. The engine is loaded on to a testbed plate and connections are made to the engine loom and all engine systems, whilst a large electric motor couples to the engine via the crankshaft.

“Motoring” the engine via the crankshaft allows the test bed to collect data from a suite of sensors. The facility measures 600 individual properties and characteristics of the engine during a 15-minute cycle.

Due to the low running speed of 120 RPM for the test, finer details and any inconsistencies can be identified thanks to a sample rate that highlights even the briefest of anomalies that would be invisible if the engine was firing or running at speed.

This fine detail analysis is also valuable for confirming the precise timing of the engine. Using positioning information from sensors on the crankshaft, crankcase and camshafts along with cylinder compression values, the Cold Test can confirm the engine timing is accurate and therefore achieving the best possible combustion cycle.

In order to gather cylinder-specific data, Cold Test is carried out before the exhaust manifolds, turbochargers and other ancillaries are fitted. The third and final test - Hot Test - checks the complete engine assembly once these parts are installed, and simulates real world usage in the vehicle.

When the engine arrives for hot testing, a UV dye is added to the engine to help identify any leaks. The coolant and fuel system are pressurised with air and nitrogen respectively for a final check before introducing the necessary fluids ready for testing. The engine is cranked to build oil pressure before the ignition system is energised and then left to idle whilst the engine test technician listens for any refinement issues and checks for leaks with a UV lamp.

Since the installation of the three testbeds in 2002, over 100,000 W12 engines have been handcrafted in Crewe and passed through the test facility.

Bentley’s legendary 6.0-litre twin-turbocharged W12, created in 2002, has evolved into the latest iteration of W12 engine used across today’s current model range. The unique W-configuration means that the engine is 24 per cent shorter than an equivalent V12, benefitting packaging and maximising usable cabin space.

The latest generation of W12 was launched in the Bentayga in 2016. A thoroughly reworked engine included a crankcase 30 per cent stronger than its predecessor, while the cylinder surfaces were coated to reduce friction and improve corrosion resistance. A low-alloy steel coating is applied to the bores using an Atmospheric Plasma Spray (APS) process.

Improvements were also made to the cooling system, with the engine featuring three separate coolant circuits. The first is designed to bring the cylinder heads up to optimum operating temperature as quickly as possible for best engine performance and low emissions. The second cools the engine block and oil system, while the third handles the thermal load of the turbochargers. Each system has a dedicated water pump, allowing optimised individual control.

Twin-scroll turbochargers minimise turbo response time and provide a more efficient exhaust package. The exhaust assemblies for the three front and three rear cylinders are separate from one another which then feed the twin-scroll impellers. The turbocharger housing is welded directly to the exhaust manifolds and feature integrated speed sensors, allowing the engine to monitor turbo performance for maximum efficiency.

Bentley’s Variable Displacement system shuts down half of the engine under defined conditions. Intake and exhaust valves, fuel injection and ignition are all shut down on defined cylinders, with the engine running as a six-cylinder for improved efficiency. The system will run in this mode in gears three to eight, below 3,000 rpm and up to 300 Nm torque output.

Model referenced is in a pre-production state.

Bentley Motors is the most sought-after luxury car brand in the world. The company’s headquarters in Crewe is home to all of its operations including design, R&D, engineering, Mulliner and production of the company’s three model lines, Continental, Flying Spur, and Bentayga. The combination of fine craftsmanship, using skills that have been handed down through generations, alongside engineering expertise and cutting-edge technology is unique to UK luxury car brands such as Bentley. It is also an example of high-value British manufacturing at its best. Bentley employs around 3,000 people at Crewe.