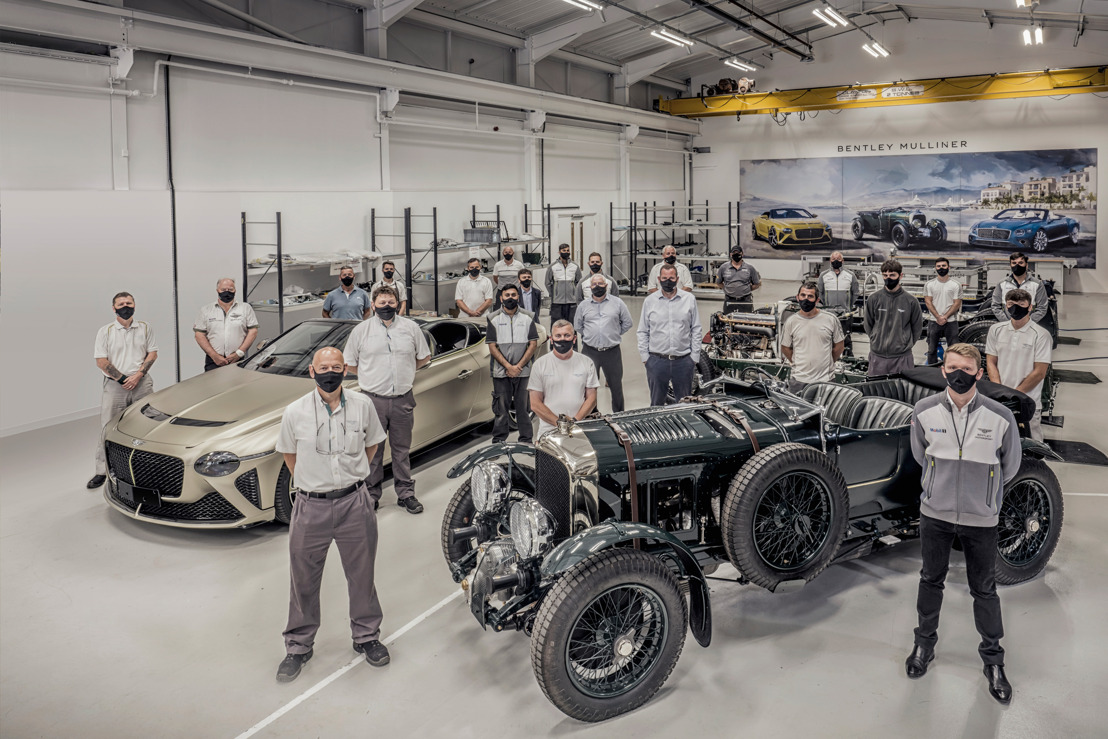 Bentley Mulliner has completed the first customer cars in both of its new series of pinnacle, handcrafted, bespoke projects. Each car is the first of their respective 12 vehicle series, with Bacalar Car One being the first customer delivery of Mulliner’s new coachbuilt barchetta. Meanwhile, Blower Car One is a millimetre-accurate mechanical recreation of Sir Henry ‘Tim’ Birkin’s 1929 supercharged 4½-Litre, and the first customer car of the world’s first pre-war continuation series.

The first customer cars follow their engineering prototypes, known in Bentley as the “Car Zeroes”. Each has completed significant durability mileage, performance and climatic testing in various locations and the engineering sign-off of both projects was successfully achieved to allow customer builds to commence.

“Seeing these first two cars now finished has given the whole team an enormous sense of pride. Years of work have gone into the design and development of these projects, and seeing them together is incredibly rewarding. These cars are totally unique, absolutely bespoke, and yet have been built to the same quality standards as any other Bentley. Mulliner is truly the only place in the world that could deliver a 21st century, coachbuilt grand touring barchetta at the same time as recreating an iconic road-going 1929 race car.

“I’m excited for our customers to take delivery of their new cars, and to seeing the rest of the orders in both series come to life. Alongside the more mainstream yet still distinctive cars of the Mulliner Collections family, these are the first models of the Mulliner Classic and Coachbuilt portfolios – but there will be more. We’re just getting started.”

As with every car in the two series, strictly limited to 12 examples apiece, the first cars have had every detail specified by their imminent owners, and as such are totally bespoke to them.

Due to the nature of these personal commissions, Bentley is not able to reveal the identity of the customers nor where the cars will be heading. However, each customer shares a love of driving, along with an avid appreciation for craftsmanship, authenticity & attention to detail, all deeply associated with Mulliner.

The first Blower Continuation Series car is a shining example of classic design, executed to perfection. The body is trimmed in period-correct Rexine and finished in bespoke Birkin Green paint, a recreation of the colour of the original Blower on which it’s based – Team Car No.2, registration UU 5872. Built, owned and raced by Sir Tim Birkin, the car is still owned by Bentley Motors and is run weekly. Car One is therefore the most fitting start to the Continuation Series that could be imagined. The Birkin Green body is complemented by identically coloured wire wheels, with colour-matched leather trimming the interior. The foldable roof is in black.

Mechanically, the car is identical to Birkin’s original, save for two safety-critical features – modern electric fuel pumps, and a foam baffle to the fuel tank. A dynator, a reworked alternative to the original dynamo has also been added, offering a more powerful and reliable charging system whilst retaining the look of the original dynamo. The engine is a brand new example of W.O. Bentley’s own 4½-litre design, featuring aluminium pistons, an overhead camshaft, four valves per cylinder and twin spark plugs. Attached to the front is the iconic supercharger that gives the Blower its name, and is an exact recreation of that created in the 1920s by renowned engineer, Amherst Villiers. Power has been measured as part of engine sign-off, with the near-100-year old design reliably making 240 bhp.

Alongside the Blower, Bacalar Car One has also been finished. Designing a Bacalar is an exercise in imagination, with the material, colour and finish of practically every interior and exterior surface being bespoke.

The carbon fibre body is finished in a bespoke colour for the lead customer – a champagne-tinted satin silver called Atom Silver. The car sits on 22” Bacalar Tri-Finish wheels, with polished faces, dark grey satin spokes and gloss Moss Green accent highlights. The same Moss Green accent is applied to the front grille centre bar, the insides of the headlamps, the upper body chrome surround and around the gloss black “power humps” to the rear. Gloss black also provides contrast to the A-pillars, grille meshes and surrounds, bonnet vents, side vents, lower body, rear bumper insert and brake calipers. The rear of the car is finished with gloss black outer exhaust tips with Moss Green inners.

The interior of Bacalar Car One follows the same black and green trend. Beluga leather is accented with Moss Green hide to the wings of the console, the outer seat backs and throughout the cabin as contrast stitching through the unique Bacalar quilting pattern. The seat centres use fine Nappa leather, while the carpets are beluga diamond-carved overmats with Moss Green binding and stitching.

Open Pore Riverwood over Gloss Black veneer with unique satin bronze detailing flows across the cockpit into the doors and behind the front seats, creating a circle of 5,000-year-old veneer. The details of the cabin are truly special, with:

Finally, the key for Bacalar Car One will be presented to the customer in a bespoke key box, trimmed in Beluga hide with Moss Green stitching to match the car. The key itself also features gloss Moss Green to the sides, with a special Bacalar knurled finish.

Both Blower Car One and Bacalar Car One now shortly begin their journeys to their respective owners, while the Mulliner build team continue work on the next three cars in both series – each one as special and unique to their owners as these first examples.