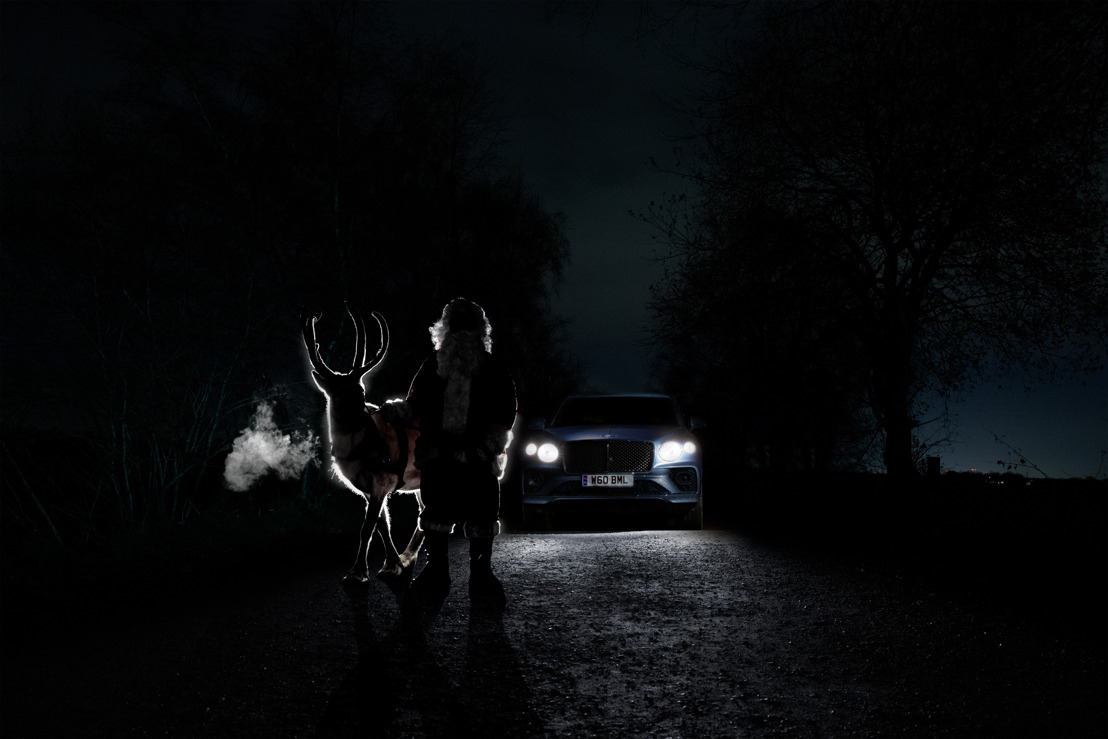 After receiving an urgent message from a VVIP customer at the North Pole, Bentley has deployed a Bentayga equipped with its suite of Driver Assistance Systems to track down a very special missing reindeer.

The customer is question is no stranger to Bentley, having been in touch 12 months ago to source a more luxurious alternative to out-of-date sleigh in the form of the Reindeer Eight – a customised Flying Spur V8. This year, the customer has been troubled by the absence of a vital member of his team - one tasked with plotting and navigating a global grand tour of exceptional scale (some 41 million miles in just one night) through the apparent power of a shiny red nose.

Fortunately, Bentley customers have foreseen the situation, with nearly two thirds of Bentayga orders including sophisticated technology known as ADAS – Advanced Deer Alert System.  A key feature of ADAS is Night Vision, which will be a crucial tool to locate the nasally-significant animal in time for Christmas.

The FIR imager is a thermal imager that captures infrared energy up to 140m in front of the car via fixed focus optics with a 24° degrees of horizontal field of view beyond the vehicle. Mounted within the front grille of the Bentayga, the imager has its own wash outlet, to clear road grime, dust, ice, and reindeer droppings.

The electronic control unit (ECU) provides the control interface between the FIR Imager and the vehicle. The ECU controls the FIR imager operation and contains the image processing functions of the digital image, the animal detection functions and the pedestrian warning system. Small animals of 1m in size can be detected from 7m in front of the vehicle, while larger animals of 2m and above can be detected up to 140m away. The thermal resolution of the system is sufficient to detect the tread pattern in tyres and, more importantly, the radiant heat of the shiniest of red noses. The processed image is output as a video to the display system.

The view from the night vision system is shown in the driver information panel as a black and white image, with coloured brackets and highlighting applied to detections as they made dependant on their proximity.

The Night Vision system becomes available when the headlamps are illuminated – either manually or via the automatic function. It assists the driver by providing additional vision beyond the headlights, providing another layer of feedback for the driver – beyond visual range - but without taking control of the vehicle. The night vision feature provides a genuine safety benefit, avoiding collisions when visibility is poor or when there is increased animal activity e.g. in the countryside.

If the Night Vision system detects that the vehicle is too close to a reindeer – or any other animal - the brake master cylinder is pre-filled in preparation for the driver to come to a quick stop. This feature helps reduce the total stopping distance, be it on the discovery of a missing celebrity reindeer or indeed to apply carrots to it.

Complementing the ADAS and helping with the search are the 110 LED matrix headlamps. Using a specifically calibrated forward-facing camera to detect the surrounding environment and oncoming traffic, enabling the all-LED lamps to individually adapt the main beam from each lamp. By activating or deactivating 27 individual LEDs per lamp the beam pattern can be optimised, allowing the use of main beam illumination at all times whilst preventing being mistaken for the North Star.

The race is now on to find the shiny-tipped reindeer, with customers across the world called to action using the antlernet to save Christmas. Left-hand drive and right-hand cars alike are joining the search, in a hunt that can only be described as bambidextrous. The lucky victor is sure to only win by a nose.

The Bentley Communications team wishes all of our media friends a very Merry Christmas and a Happy Holiday season, and a relaxing and restful break. See you in 2022 – when hopefully the time off will have improved the standard of our jokes.