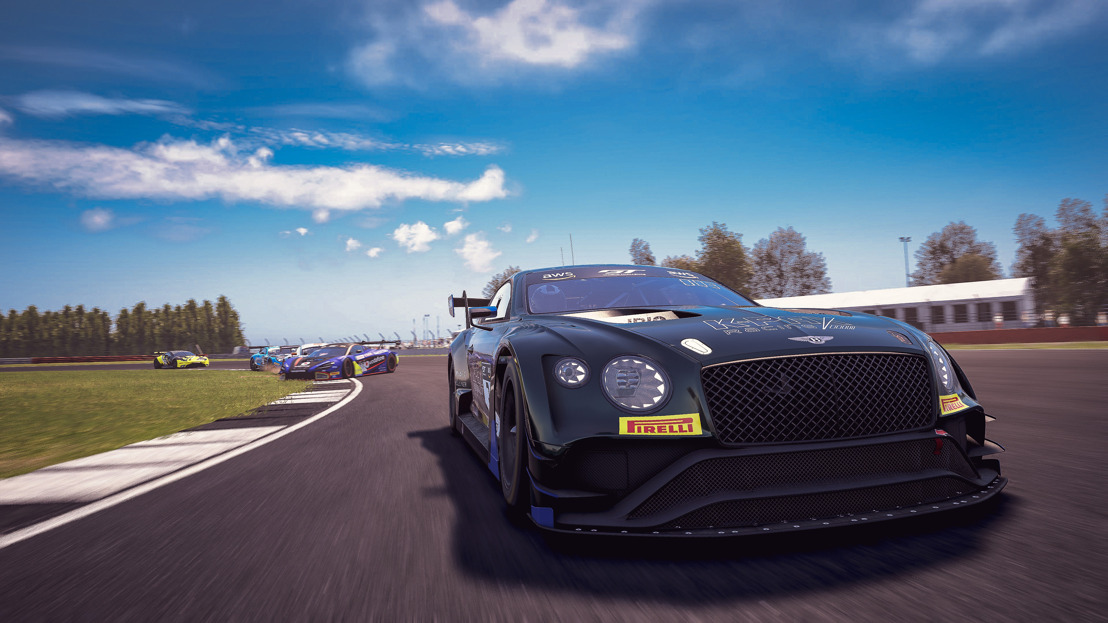 The Bentley Continental GT3 has won the opening round of the SRO E-Sport GT Series with K-PAX Racing by SIRIO eSports and Bentley works driver Jordan Pepper (ZAR).

In the ‘Pro’ class race, for real-world racers, Pepper was victorious in his #3 Continental GT3 run by K-PAX Racing by SIRIO eSports, the new esports division established by the real-world GT World Challenge team. Fellow Bentley Motorsport works driver Seb Morris (GBR) finished in sixth place in his debut sim race and Romain Monti (FRA) from Bullitt Racing just missed out on the top-ten after a penalty dropped him from fourth.

As the ‘Silver’ class cars crossed the line, attention returned to the KPAX-Racing’s GT Rivals campaign. Real-world racers Guy Cosmo (USA) and Patrick Byrne (USA) returned for round three of the American series, which is taking in the most iconic tracks around the world, this time visiting Paul Ricard in France.

The Continental GT3’s success in the virtual world reflects its strong start to the season in the real world, where it took victory at the Bathurst 12 Hour. It is also fitting that Bentley’s first virtual GT3 race win came at the same track that its first real-world GT3 win came back in 2014.

“My congratulations to K-PAX Racing by SIRIO eSports and Jordan [Pepper] for taking the win. As a team, they have approached this with the same enthusiasm, dedication and professionalism that we have come to know from them and it all paid off.

“The work that has gone into having 14 competitive cars and drivers in such a short space of time has been incredible. We were all thrown together on Discord just a week ago – although there are several real-world racers whom we knew, of course, we have several sim racers representing our brand who we had to start working with right away.

“I want to say a special thanks to all of the drivers, team managers, technical directors and engineers who have worked so hard to this point. And, of course say congratulations to SRO, Kunos and AK Informatica for the promotion, presentation and organisation of a fantastic season-opener.

”It’s now time to return to supporting Guy [Cosmo] and Patrick [Byrne] in their GT Rivals campaign. We’ve had a Paul Ricard test server in service for them all week and we’ve been working together on set-up. They are both doing a fantastic job of representing us in the USA while real racing is suspended.”

With the opening round of the ‘Pro’ and ‘Silver’ classes complete, the SRO E-Sport GT Series hot lap qualifiers for the Am class will now begin, with the fastest 40 earning their spot in the series on 10th May. Assetto Corsa Competizione gamers can sign-up to register for the ‘Am’ class now at  www.sro-esport.com.

The SRO E-Sport GT Series continues at Spa on 10 May and all of the action will be live at www.youtube.com/gtworld and www.twitch.tv/sromotorsports. Fans can follow the action from all Bentley’s esports action on social media by searching @BentleyRacing on Twitter and @BentleyRacingOfficial on Instagram.

Calendar for the ‘Pro’ and ‘Silver’ races:

Calendar for the ‘Am’ races:

Jordan Pepper, K-PAX Racing by SIRIO eSports Continental GT3 (Pro): “That was amazing! Massive thanks first of all to the entire team at K-PAX Racing by SIRIO eSports. The car that they gave me was unreal. The guys worked super hard. I didn't really have time to practice that much so all my credit goes out to them. Also, thanks to my amazing manufacturer Bentley. Thanks for all of the input into the game - it's awesome to have such backing from the brand and support from our fans. It's my first Bentley esports win and by second win in a Bentley after Bathurst 12 Hour so I'm two-for-two in a Bentley in SRO championships so far this year."