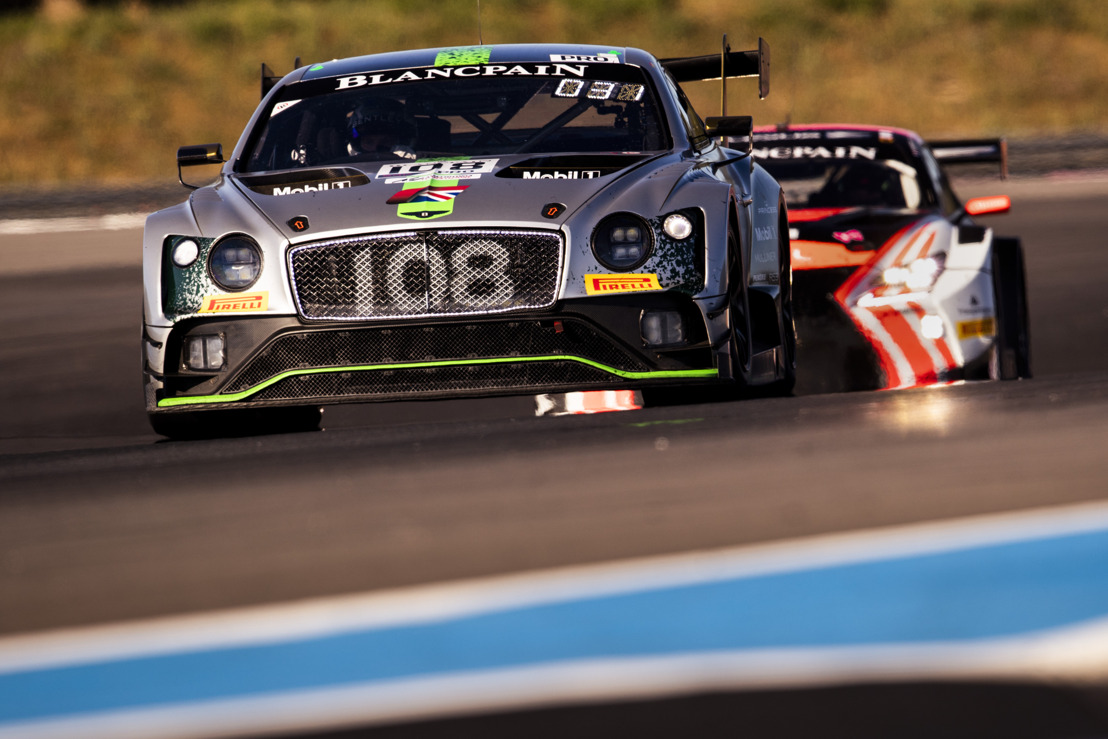 Bentley Team M-Sport is hoping to capitalise on recent successes by taking victory in the 70th running of the biggest race on the GT3 calendar; the 24 Hours of Spa (25-28 July).

The British luxury brand is fielding four cars in the 2019 running of the famous race. Team Parker Racing are running a further Continental GT3, making this the strongest Bentley line up ever to feature in the Blancpain GT series.

Hosting the race since 1924, the Circuit de Spa-Francorchamps provides a unique challenge to both driver and car, featuring a series of both fast, and slow speed turns, several elevation changes and one of the most famous corners in Motorsport: Eau Rouge.

Bentley Team M-Sport is demonstrating a clear air of confidence in its customer team by promoting a selection of their best drivers to the factory team for the race. Callum Macleod (GBR), Seb Morris (GBR) and Rodrigo Baptista (BRA), will pilot the #109 Continental GT. While the former drove the #108 at the Paul Ricard 1000kms, Morris and Baptista will make their Bentley Boy debuts in this famous race.

While the #107 line-up remains unchanged, with Steven Kane (GBR), Jules Gounon (FRA) and Jordan Pepper (ZAF) looking to continue their rich vein of form having taken victory last time out, the #108 will be driven by Maxime Soulet (BEL), Markus Palltala (FIN) and Alex Buncombe (GBR). Andy Soucek (ESP) moves to the #110 Continental GT, having spent most of the season driving the #108, and will be partnered by fellow countryman Lucas Ordonez (ESP) and the recently announced Pipo Derani (BRA).

Jules Gounon (FRA) commented: "The Continental GT3 suits the circuit and its fast corners, Bentley as always been a serious contender for the win in the 24 Hours of Spa. This is Spa though, and with the possibility of rain, more than 70 cars and the mental challenge of a 24-hour race, we must make the best race as possible and see where we end up, on the podium of possible!"

Jordan Pepper (ZAF) added: “We have always gone well at Spa, with the nature of the track suiting our car well. Paul Ricard showed that we have only improved since our last visit to Belgium, and now it’s really time to put the perfect race weekend together and win the most sought-after crown on the GT3 calendar.”

Customer outfit Team Parker Racing will field an all-British line-up at Spa, with Ryan Ratcliffe, Glynn Geddie, Derek Pierce and Andy Meyrick looking to capitalise on the strength of their Continental GT to secure the Pro-Am class win.

This year’s running of the 24-hour race marks the final race for Brian Gush as Director of Motorsport at Bentley, bringing a 20-year career at the luxury brand to a close. His successor, Paul Williams, is currently Director of Powertrain for Bentley Motorsport and has worked at Bentley since 2008.

Bentley’s Director of Motorsport, Brian Gush, added: “Spa is the pinnacle of the GT3 season and is always the most important race we take part in.

“Not only is it the biggest race in the brand’s centenary year, but it’s my final race with Bentley, and winning the 24 Hours of Spa would be the perfect send-off. I am confident in the potential of the drivers and the equipment. All that’s left now is to fulfil that potential come race day.”

The fourth round of the Blancpain GT Series Endurance Cup, the 24 Hours of Spa, takes place on Saturday-Sunday 27-28 July at the Circuit de Spa Francorchamps. Fans can follow the action on Twitter using @BentleyRacing and on Instagram using @BentleyRacingOfficial