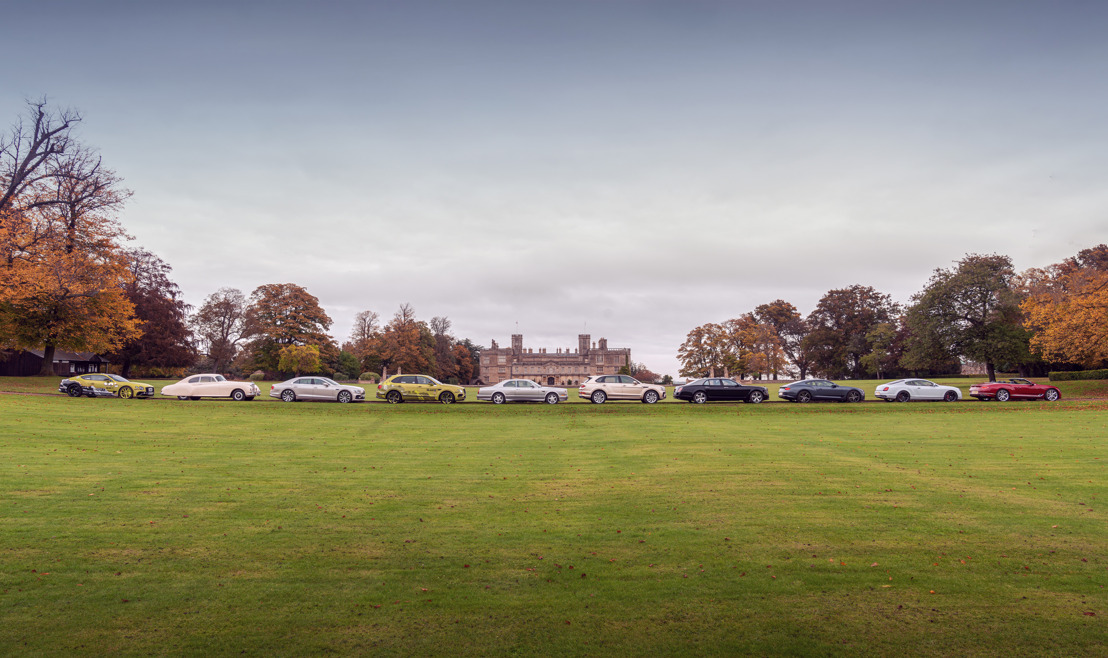 Bentley has celebrated the renewal of its complete model range with the hosting of its first live driving event since February. Featuring examples of the entire model range, including the new GT Mulliner in its dynamic debut, and the new Bentayga, the event was held at the newly opened Northamptonshire hotel, The Falcon at Castle Ashby.

Beyond the very latest models, Bentley also gave guests rare access to a selection of cars from its Heritage Fleet – giving the event its name, ‘Toy Box’. The history of Bentley Continental performance was exemplified by a set of four cars that showcase the evolution of the finest Grand Tourer across its lifetime:

The complete Continental GT family, with all combinations of coupe, Convertible, V8 and W12, were joined on the road by the latest Flying Spur W12. Meanwhile, a fleet of first-generation Bentayga Hybrids running solely on electric power chauffeured guests to a specially designed course where they were able to put the new Bentayga V8 through its off-road paces, including wading through deep water, steep inclines and descents, and side angles up to 32°.

The Mulsanne Speed – which recently completed production – also joined the event, giving a final chance for guests to drive the former Bentley flagship.

To complete the Toy Box, Bentley had a number of prized cars on display at The Falcon. These included:

To keep both guests and staff safe, the event was run under strict COVID protocols. The entire staff – including all hotel personnel – were antigen-tested before the event, on-site during the running of the event and immediately afterwards, and all guests had their temperatures recorded on arrival. Guests were paired and placed in micro-bubbles with hosts as they joined the event, and facemasks were worn indoors and outdoors at all times. Every car received an immediate and thorough sterilisation after each usage, using a powerful aerosol disinfectant.

Through these measures, Bentley was able to allow more than 70 guests to experience the very best Bentleys from past and present in a safe and responsible way.

An event highlights film, and a set of the best photography taken on the event, are both now available on Bentley’s Newsroom at www.bentleymedia.com.