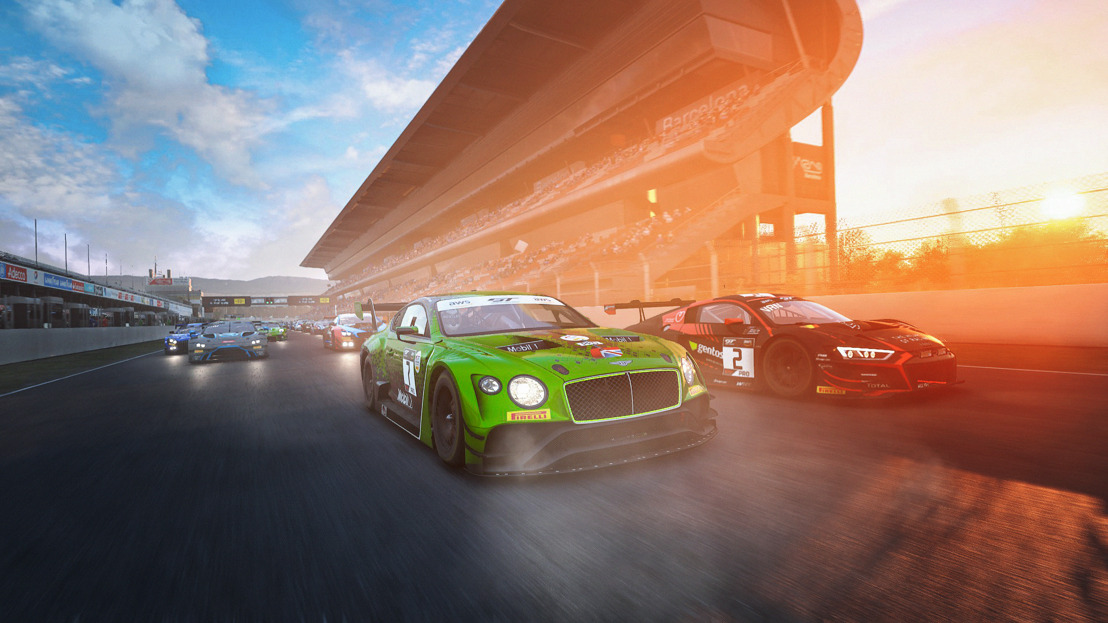 Bentley Motorsport has stepped firmly into the world of esports by announcing entry into its debut sim racing championship - the SRO E-Sport GT Series – a six-round series held by the organisers of many of the manufacturer’s real-world GT3 races.

The entry will see Bentley field squads in the ‘Pro’ class race for real-world racers and the ‘Silver’ class race for elite sim racers, and show support for all Continental GT3 drivers, including Bentley colleagues and fans around the world, in the ‘Am’ class events.

To celebrate the announcement, the 2020 works team livery, worn by the Bathurst 12 Hours race-winning Continental GT3, will be available for all Assetto Corsa Competizione users to download from 14.00 BST today.

“Whether a real world racer, a pro sim racer or a gamer who races for fun, if you choose to race in the Continental GT3, you are part of our esports family.  To support this growing family, we have entered as a manufacturer for the SRO E-Sport GT Series, and engaged our real-world race team to assist drivers with set-up and social media promotion”

“We are working closely with our partners at Kunos, the developers of Assetto Corsa Compeitizione, to ensure we are prepared for the season ahead and are talking to professional sim racers who can not only represent us on track but can also assist our real world racers with in-game set-up and racing style.

“We have chosen to step into the huge sim racing arena with our trusted partners at SRO and take a very focused and targeted approach. We entered the SRO E-Sport GT Series Charity Challenge a few weeks ago and were incredibly impressed with the quality of the production and the racing. This is definitely the right place for us to be competing - it caters for our incredible loyal fans who have raced the Continental GT3 in the Assetto Corsa Competizione game for the last few years, while also enabling our real world racing fans to join us as we step into the world of esports.”

The six-round series mirrors events in the GT World Challenge Europe, the real world series in which Bentley Motorsport has competed since 2014, taking championship and race wins along the way.

Calendar for the ‘Pro’ and ‘Silver’ races:

While the Pro and Silver classes have restricted entry for professionals, all Assetto Corsa Competizione gamers are invited to enter the ‘Am’ class series. The final competitors will be decided by an open hot-lap qualifying that runs from 26 April to 10 May, with the fastest 40 earning their spot on the grid. Pre-registration is open now at www.sro-esport.com, with further details and race formats for the inaugural SRO E-Sport Championship set to be revealed next week.

Calendar for the ‘Am’ races: